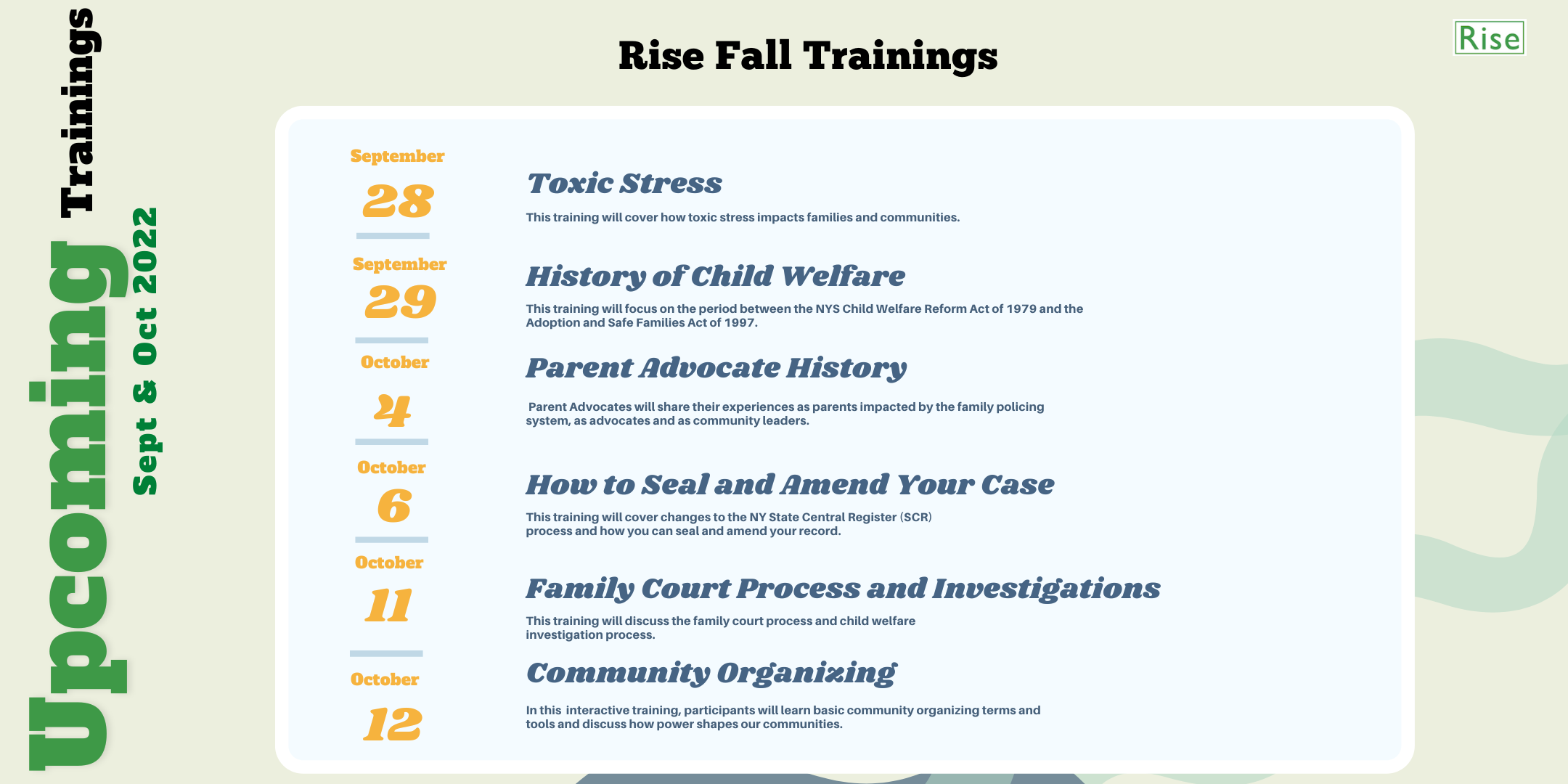 This training will focus on the period of time between the New York State Child Welfare Reform Act of 1979 and the federal Adoption and Safe Families Act (ASFA) of 1997. We will discuss the events of the 1980s and early 1990s that were the motivating force behind a seismic shift from “family preservation” to “child protection” as a microcosm of how public service systems are continuously built, dismantled and rebuilt—and the roles played by the various actors in this process. We will also look at the evolution of the Child Welfare Organizing Project (CWOP) and parent advocacy in New York City. This training is open to the public but most relevant to parents impacted by the child welfare system.

This free online training will be hosted by Rise.

>> Sign up via Eventbrite to receive the Zoom link.